The tertiary education systems and institutions in South Africa are amongst the best in the continent hence the rush by people to go get an education from these institutions.

These south African tertiary institutions receive students not just from the continent of Africa but also from around the globe. Hence their reputation has continued to grow with the rush for their services and the knowledge and research culture embedded in these institutions.

Students especially the international ones go in search of knowledge and proper education in South Africa from the less expensive institutions, where they would get the same value to a large extent but for fewer fees as compared to the high paying ones.

These students usually enrol on public universities which are less expensive than their private counterparts. There are quite a number of affordable universities in South Africa and we would be looking at the best of them in this article so sit back and read on.

South Africa continues to grow as the education choice location on the continent of Africa, with the over 39500 international students enrollment it receives every single academic year, into its public and private tertiary institutions.

Before choosing what school you want to study in South Africa make sure to ensure the language of instruction is English or any of the other 10 official languages of the country in which you are fluent. This is because there are regions that use languages other than the English language for instruction. 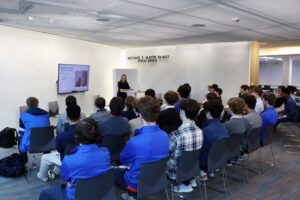 Cost Of Living in South Africa

Before you think of heading to South Africa to study you would need to first consider the cost of living in that country, especially for foreigners.

The cost of living in South Africa is not so high can be as low as R5,750 to R14,625 for international students especially, in a month this cost is dependent on your choice of lifestyle it could go higher than this range but to live comfortably basically in South Africa this range would be very sufficient for you in a month.

This cost above would cover your transportation, food, utility, and every other basic need for survival and living.

Students would need to get a rented apartment or stay in the school provided dormitories. The dormitory cost is different from the living cost. You would need between R2,920 to R4,875/month for the dormitories depending on the kind of rooms you choose either single or double.

The students can also decide to rent an apartment which would cost a minimum of R5500 depending on the number of rooms and facilities in it.

after considering the cost of living you would also consider the education tuition fees cost before deciding which university to enrol in as this would help you to make an informed and proper decision on your choice of school.

The good thing about wanting to go to school in South Africa is that the tuition fees are always below $9500 irrespective of what course you’re studying even if you are an international student, who are the ones that pay more in terms of tuition in most schools.

Generally, public universities are less expensive on the whole as compared to private universities.

South Africa has public universities numbering more than 20 with each of these universities having a tuition fee determined effectively based on their individual policies of operation, which include nationality of student, the duration of the study, the course of study etc.

The tuition fees are also determined on what type of degree the student is seeking such as Bachelor’s degree Master’s degree or a PhD.

Hence each school has its own tuition fee structure, which you will do well to find out from the particular school you wish to apply for to study at.

The private universities have their own system of calculating tuition fees at their schools, they could use a fee per course credit or one fee payment for the entire academic year.

The private universities have additional fees payable by the students some of which include: Fee for Application, fee for technology, fee for an annual payment, sports fee, etc. These fees are different for each private university as each applicable fee to any school is determined by the school policy.

What are The Cheapest Universities in South Africa?

South Africa has universities whose tuition can be said to be cheap as compared to the tuition paid by students in other universities for the same value.

Some of the South African cheapest universities based on their tuition fees and other related fees are as listed below:

This is one of the cheapest universities in the country offering courses in several areas of endeavour.

The school has 5 campuses which it operates in the province. The University offers courses in Engineering, Agriculture, sciences, humanities and 26 other disciplines which the school has continued to effectively expand.

The Tuition fee for the University of Kwazulu Natal ranges from R100 – R500 depending on the course of study for undergraduates.

The Cape Peninsula University was founded from a merger in year 2005 January, the merger was between the Cape technikon and Peninsula technikon.

This is the only university of technology in the Western Cape, the university has over 30,000 students local and international.

The university has several campuses and runs over 70 undergraduate academic programmes for its large number of students. The school offers more than 65masters degree programmes

The Cape Peninsula university offers housing services to its willing students. As the school has accommodation for over 8000 students scattered across the vicinities of the schools’ campuses.

The Tuition fees at the Cape Peninsula University of Technology starts from R1,005 for a session. Note that there are other additional fees aside from the tuition fee.

The North Western University is a renowned research institution that functions as a unitary integrated multi-campus University with 3 campuses.

The university has 8 different faculties and over 72,000 students enrolled and studying in the school.

The University was established in the year 2004 as the product of a merger of the defunct University of North-West and Potchefstroom University for Christian Higher Education.

The North-Western University of Technology tuition fees are R8240 but the total compulsory first payment for residence students is R18,830 while that of distant non-resident students are R10,260.

Rhodes University fees are categorised for local and foreign students. International students pay more than what the local students pay.

The tuition fees at Rhodes University starts from R5,000 depending on the program you should sit the school website here

The University of Johannesburg is a multicultural and vibrant university drawing energy from the busy nature of the largest city in South Africa where the school is located at.

The University of Johannesburg, UJ as it is known commonly is a thorough research-based university, that puts research at the forefront of its growth agenda.

The University runs 11 faculties with cutting edge curricula and teaching methods for its students which ensures the current graduation and job success rate of the graduates from the university.

These Universities discussed and listed would guarantee you a good education and in most cases with affordable fees that you would not have to break the bank to get a good education in South Africa.